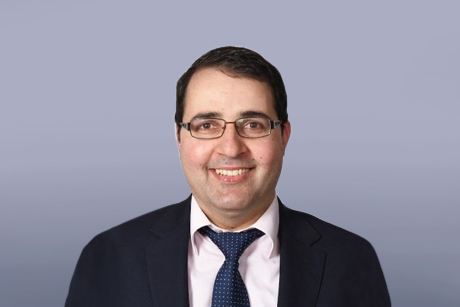 In addition to competency in general oral and facial conditions, Muammar sub-specialised in head and neck surgery, reconstruction, and microvascular surgery.

Muammar followed a unique training pathway in Oral and Maxillofacial Head and Neck Surgery. He was able to combine both extensive clinical training and sound scientific grounding supporting clinical practice.

Muammar completed his first university degree in Clinical Dentistry (BDS) with distinction from University of Jordan, one of the most reputable in the Middle East. After working as a junior resident in Jordan, he was successful in obtaining two scholarships from the UK, where he completed Masters (MSc(MedSci) and a Doctorate of Philosophy (PhD) from University of Glasgow, in the fields of facial reconstruction and tissue bioengineering. While studying for his postgraduate degrees, Muammar became a fellow of the Royal College of Physicians and Surgeons of Glasgow (FDSRCPS (Glasg). He then went to Kings College, London University to study clinical medicine (MBChB) and completed this in Glasgow.

Following graduation from medical school, Muammar completed his basic surgical training in Plastic Surgery, Vascular Surgery and General Medicine in Glasgow and Oxford. Prior to starting his specialist surgical training in the well renowned Oxford University Hospitals NHS Foundation Trust, he became a member of the Royal College of Surgeons (MRCS). During specialist training in Oxford, Muammar studied healthcare management, service improvement and clinical leadership for which he was awarded Master’s degree (MSc) with distinction.

In 2013, Muammar completed his specialist surgical training from Oxford and was able to obtain a place in the National Interface Fellowship Programme in the UK in Advanced Head and Neck Surgical Oncology, Manchester working with Oral and Maxillofacial surgeons, Ear Nose and Throat and Plastic surgical colleagues. He then took a consultant surgeon position in Manchester, UK prior to moving to Auckland.

This specialist profile information has been provided by https://www.healthpoint.co.nz, helping people better understand and use New Zealand health services.

This tool is intended for use by those about to undergo an elective surgical procedure.

Admission to hospital to undertake treatment puts you at HIGH risk of BLOOD CLOTS. If any of the following apply, YOU are at HIGHER RISK of developing a blood clot. Please note that there may be other factors which could increase your risk of blood clots. Please raise any issues of concern with your GP or treating medical specialist.

Select below as many of the points that apply to you.